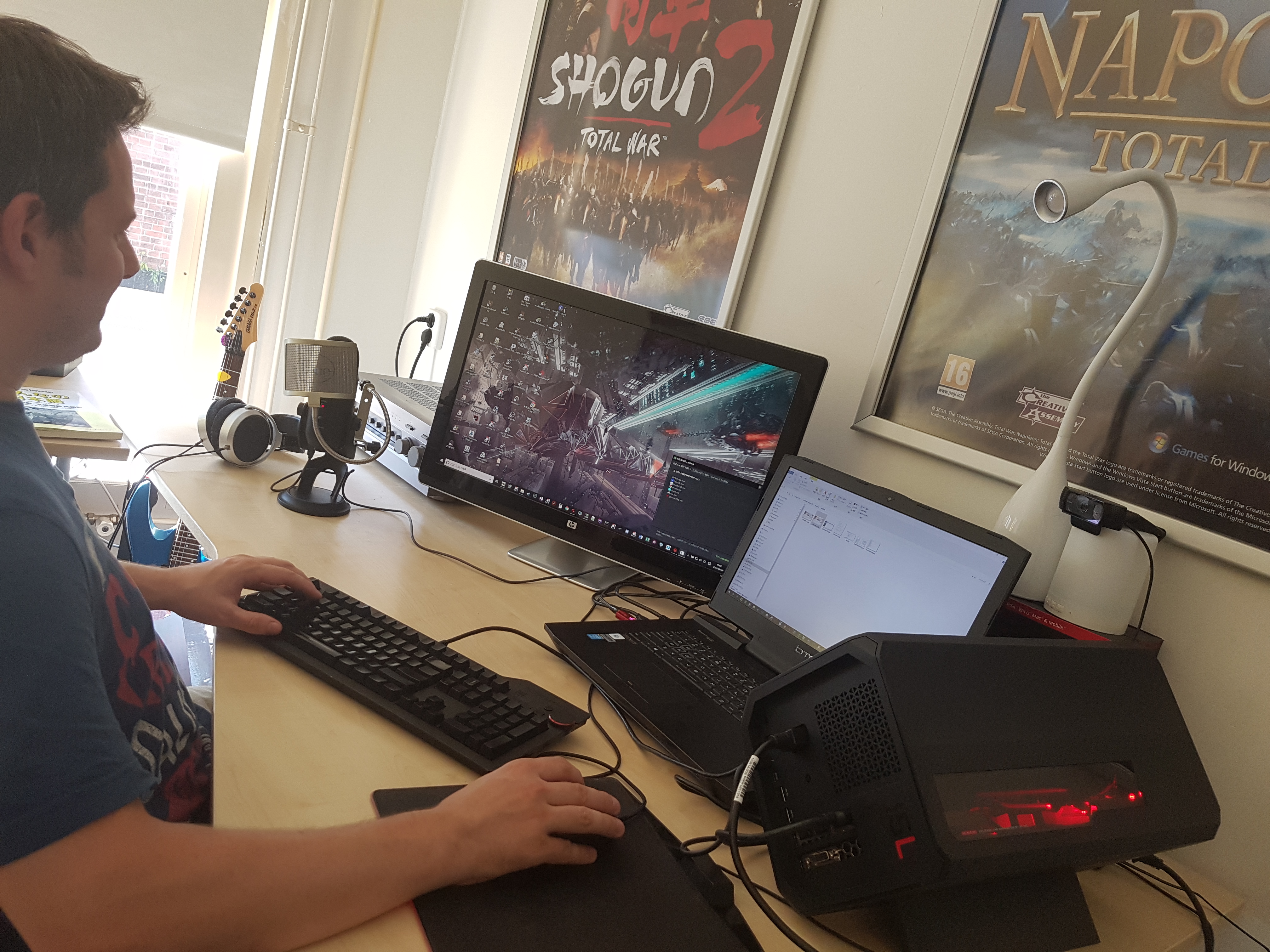 Well, studio is a big word really, as currently this whole operation is still a two-man show. But the first step is to think big, and then the rest will follow, right?

My name is Loek van Kooten. I’m a 44-year old avid RPG gamer hailing from The Netherlands, a fantasy fan who has hardly read anything due to lack of time, and in daily life a translator specializing in game localization (working languages: Japanese, English and Dutch). And though translation is a great job, after 25 years or so I really wanted to broaden my horizon a bit and realize something I have always dreamt about: making my very own game.

I think that especially in the lower segments, there is room for a 3D (!) RPG that contains less text and more quality elements than many general RPG’s currently on the market: have you too sold the umpteenth book with general lore on the local market so that you could buy your umpteenth sword with even bigger stats? How special did that book feel? How special did that sword feel?

And how often has it happened to you that you played this great and very well polished RPG, only to stop after Act 2 because the story was way too generic? To be honest, playing the hero that saves the world and everything is becoming a bit stale. And I’m really not interested in reading lore about King Dyrrham the Eighth if he has no further impact on the game world and I will never get to meet him anyway.

I think that procedurally generating thousands of items and texts does not necessarily improve the quality of a game: I think that less can be more.

So here I am. Hopefully I will succeed in writing a story with less text but more content, a game with weapons and spells that really feel special, to give you that much-deserved feeling of accomplishment instead of Fireball number Eight. 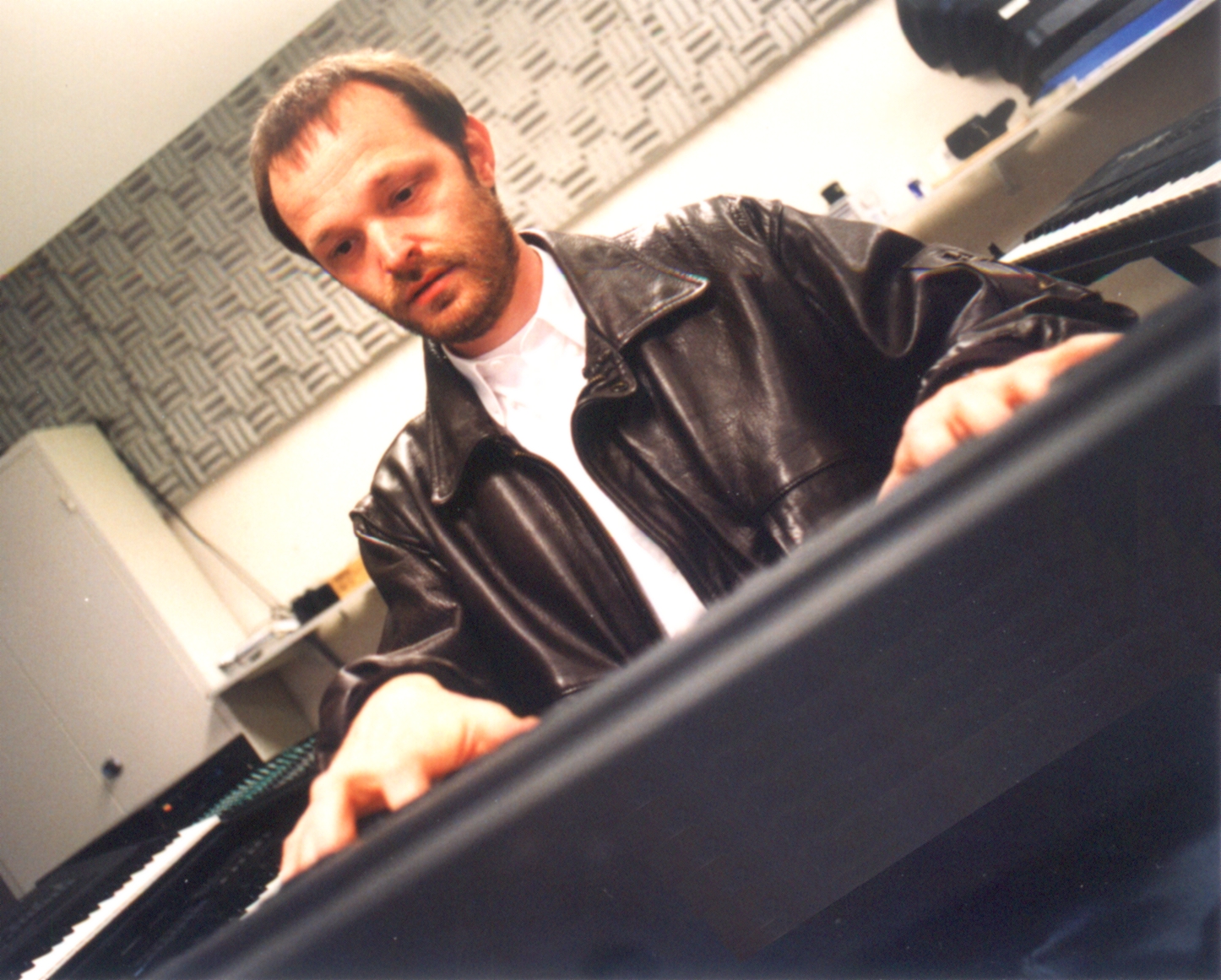 Nowadays it’s possible to produce massive music in a compact music studio using a digital audio workstation (a so-called DAW:  a computer with the right hardware and software). So you won’t see me with dozens of keyboards and synthesizers. I don’t need them, because  my DAW has more than 250 of them! Not to mention the sampled orchestral and other libraries for reproducing stunning orchestras, small fantasy ensembles and everything in between.

My name is Eppo Schaap and I hail from the Netherlands. I’ve been making music since I was 12 years old (many years ago…) and have been doing this for a living until now. Besides composing, I also teach music, arrange music, design sounds and coach bands. I write reviews about the latest software instruments for a Dutch publisher (www.interface.nl), and I have been producing all kinds of music from happy hardcore and big band jazz music to fusion and symphonic electronica, the latter with the band Galbatron. Writing epic music is therefore one of my skills, and you will hopefully experience this when playing the game that is being developed by Loek. Another reason to wait a bit with defeating that final boss!

By the way, don’t get me wrong: Loek knows what he wants to hear and he inspires me to great heights (where’s that whip?) He is a member of Galbatron too, so I know. As a matter of fact we make the music together: he’s my critical producer and gives me feedback.